The Myth Surrounding Sativa vs Indica

The Myth Surrounding Sativa vs Indica

by Ryan Clemens
Cannabis Man about Town, Nicest Guy in the Weed Industry and All-Around Enjoyer of Marijuana

Indica vs. Sativa…that…is and has been the question.

Yet today…has the Sativa vs. Indica lore become a myth?

Anyone who has smoked and purchased cannabis, especially in the early 1990s and 2000s, knows the Sativa and Indica strains. These were the terms used to describe strains of cannabis being purchased and/or consumed. It was a way to understand what to expect when consuming the Indica or Sativa plants. We all know the saying “Indica, In da Couch” that explained the effects of Indica right? Cannabis Indica plants often associated with calming effects…delivering a more sedate feel. And of course, cannabis Sativa plants tend to produce more energizing effects. Hell, I was one of those people using this phrase in trying to explain to a customer what strain they were purchasing! 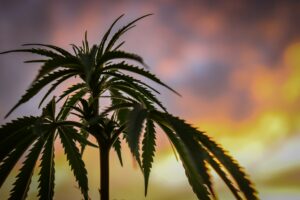 I think back and realize I wasn’t as knowledgeable as I thought I was. Sativa and Indica was just about the extent of my description. As I dove more into the plant and strain differences and effects, I opened up pandoras box and found a world of cannabis I never knew existed. There wasn’t a lot of information out there at the time…very few books and articles on the internet. I had to do some deep searching to find the information on what Sativa and Indica really was. It wasn’t until the legalization of cannabis that real studies and tests began to surface. And that essentially birthed the concept or dare I say ‘myth’ of Indica vs Sativa.

As the years moved on California became the mecca of cannabis cultivation. If you grew up in the early 2000s and smoked what we called “Chronic”, it more than likely was grown in California. It was at this same time we were introduced to name brand strains such as OG Kush, Grandaddy Purp, Blueberry and many more. These breeding programs and landrace seed searching is what led the way to creating what we all came to know as the labels “Sativa” and “Indica”.

Cannabis was first put into three categories when it was first discovered and studied – Cannabis Sativa, Cannabis Indica and Cannabis Ruderalis. Cannabis Sativa plants were known for being the taller plants with thinner leaves producing a more energetic effect and usually having more of an “exotic’ flavor and scent. 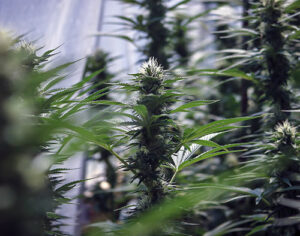 Cannabis Indica plants were known for being the shorter plants with thicker leaves and a more “piney” like flavor and smell. Ruderalis was what they used to describe the type of plant that would grow wild, mostly hemp, and produced very low quality and non-desirable product. They now use it to cross with high quality strains to produce what they call “Auto-Flowers” because the Ruderalis strain have a genetic trait that allows them to flower automatically no matter the lighting schedule.

For years, when anyone would ask a seller about his strain, the question would always be “Is it Indica or Sativa?” That’s all we knew to ask. It wasn’t until legalization began to spread to other states that we started learning that there’s more to the plant than just two options. With the increase in technology and testing protocols we started to learn about the many chemical compounds that make up the cannabis plant – THC, THCA, CBD CBG, the list goes on. With this data we were able to really start to distinguish the difference between the strains. What we found out was nothing short of astounding. It turns out that what makes a strain unique to another isn’t the THC or if it’s Sativa or Indica, it was what we call its Terpene Profile.

Well, terpenes are the essential oils that make up the smell and flavor the plant. All plants and fruits contain terpenes such as lavender, lemons, pine trees, and more. These terpenes not only provide the scents and flavors that we love so much, but they also affect the way we feel.

For instance, Pinene, which is commonly found in pine needles and cannabis, has anxiety-reducing properties and can bind to neurotransmitters sites in the brain in the same way Xanax does.

Myrcene, commonly found in lemongrass, parsley and cannabis, has a sedative effect to it when consumed.

Caryophyllene, commonly found in cloves, hops and rosemary, is one of the most common cannabis terpenes and has anti-inflammatory and pain-relieving properties.

Limonene, commonly found in many fruits as well as cannabis, has an energetic effect when consumed and has shown to have anti-cancer properties, anti-inflammatory wound-healing, and anti-bacterial effects.

There are hundreds of terpenes that we know of, and we discover more and more as technology advances and studies continue.

One could argue that Terpenes are more important to understanding what the strain of cannabis really is than describing it as Sativa or Indica. Knowing the terpene profile of a plant can tell you way more about the effects than knowing if it is Sativa or Indica. With the continued growth of crossbreeding and discovering more landrace strains from across the world, Terpenes are really the only way we can truly distinguish the difference between one strain and another.

A high terpene profile will elicit a stronger effect than a high THC content any day of the week. 90% of the affects you feel when smoking is the terpenes at work. Yes, THC does have an effect on the human brain, but so do terpenes…and those are what you are feeling when pain goes away or when you get the munchies. When you feel energetic…that is the Limonene. When you feel “In da couch”…that’s the Myrcene…not the THC.

So, the next time you consume and think to yourself “Man, this stuff is really good!” maybe look at the terpenes and see which one is highest. More than likely that is the reason your back stopped hurting or why you slept so well last night or…why you cleaned your entire house and still had energy to finish your sales report and cook dinner for the family!

ITS ALL ABOUT THE TERPS!

The question goes back to this…is the myth a reality as it relates to Sativa vs. Indica? To some, it is still a reality. But then again, we are starting to see more and more Hybrids to the point where we can hardly find a true Sativa or Indica. The more we discover the terpenes in these strains and the effects that they cause, the more the Sativa and Indica will become a myth…a thing of the past.

Don’t get me wrong, at one time Sativa and Indica were the options and did absolutely exist. But as cannabis evolves and cross breeding continues, we as consumers and must evolve with it. Our knowledge of the plant will continue to grow and the infancy beliefs we once had for the plant will become nothing more than funny story to talk about with friends.

Party on Wayne. Party on Garth!